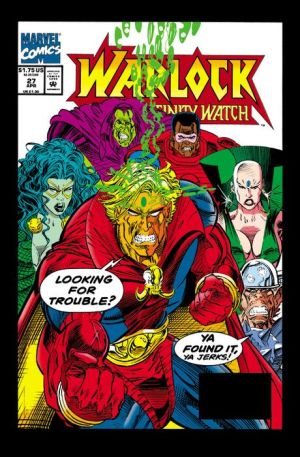 The uncanny adventures of Adam Warlock and his Infinity Watch conclude! But before the band break up and go their separate ways, there are plenty of adventures to be had -like a battle for Monster Island against the Avengers! There will be new love for Adam, and heartache for Gamora! The Watch will face the full fury of the Man-Beast, learn how Count Abyss traded his soul for power, and be caught in a subterranean war between Tyrannus and the Mole Man! The mysterious Strange targets the Infinity Gems, and the Watch faces execution for their sins at the hands of Zakaius! COLLECTING: WARLOCK CHRONICLES 6, WARLOCK AND THE INFINITY WATCH 26-42
Reviews from Goodreads.com