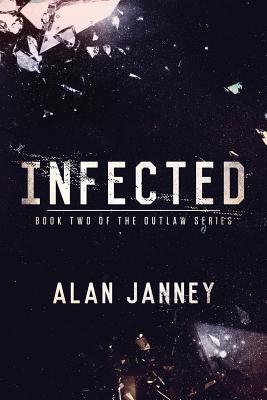 Book Two of The Outlaw Series!
High school junior Chase Jackson is the infamous Outlaw, a celebrated midnight crimefighter caught in an ancient clash between order and corruption. The world only sees the mask, not the young man balancing his secret identity against love.
Rumors surface of a growing evil within Los Angeles, and powerful strangers are searching for the reclusive vigilante, whispering truths about his illness. Despite his desperate attempts for peace, the Outlaw is being drawn into war with the dangerous Infected.

Continued in The Sanctuary, book Three of the Outlaw Series, by Alan Janney, due in late 2015
Fans of Young Adult literature rejoice!
Reviews from Goodreads.com