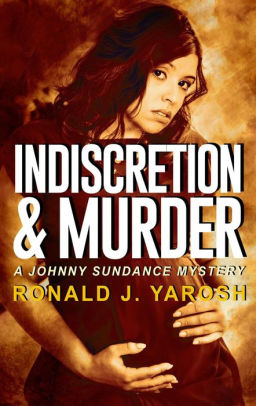 
A grisly cold case. A complete lack of clues. Will a top-notch PI pull a miracle from the past?

Brilliant PI Johnny Sundance loves uncovering evidence no one else sees. But the consequences of his brain tumor have put a serious dent in his ability to take down killers. And the latest case of a body stuffed in a barrel for over 18 years leaves him temporarily baffled.
As he attempts to assist the overworked chief of police to solve the crime, Johnny’s next discovery ratchets up the pressure. It turns out, the buried Jane Doe was pregnant with twins.
Will Johnny’s tormented brain fail the poor victim, or will he pull the impossible out of a barrel?
Indiscretion & Murder is a standalone story in the Johnny Sundance Florida Mysteries series. If you like noir fiction, super-smart sleuths, and baffling murders, then you'll love Ronald J. Yarosh’s gritty novel.

Buy Indiscretion & Murder to lift the lid on a shocking mystery today!