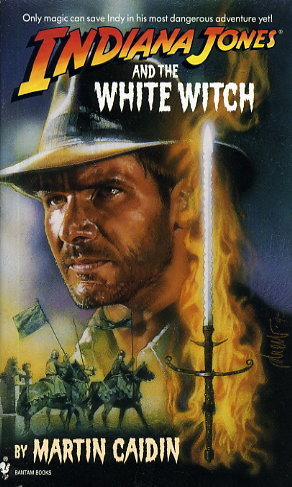 England, 1930. It begins when a gang of hooded thugs breaks into the secluded home of a modern-day witch deep in the mysterious New Forest. Stolen is a map that will lead Indiana Jones and fiery fellow archaeologist Gale Parker to an incredible discovery. Somewhere in the world is hidden an enormous hoard of gold, including ancient coins from the time of Christ... coins meant to spread Christianity.

With the aid of a young mistress of Wicca, the age-old religion of white witchcraft, Indy and Gale risk their lives on a round-the-world quest for the long-lost treasure. Racing them to find it is a cunning and ruthless criminal mastermind who has set his sights on world domination. But Indy and Gale have formidable weapons: the powers of Wicca, the sword of the legendary Merlin, and Indy's own adventurous brand of magic.
Reviews from Goodreads.com