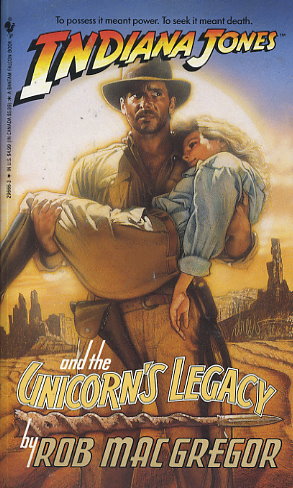 TO STEAL A LEGEND

Lost in the labyrinth of a Paleolithic cavern complex, Indy Jones encounters references to a mythological beast that may have existed twenty thousand years ago--and five years later Dr. Jones confronts the legend again, and the woman who is hoping to find the fabled unicorn's horn. But so is someone else from Indy's past, a man who will stop at nothing to obtain the ancient relic.

Some say the unicorn's horn came from an animal made extinct by the Great Flood. Others say the horn is an effective antidote to poison and a mystical relic. Indy discovers that the horn's power is less than benevolent, and the same could be said about the intentions of a certain beautiful art historian.
Reviews from Goodreads.com