Indiana Jones and the Pyramid of the Sorcerer — Ryder Windham 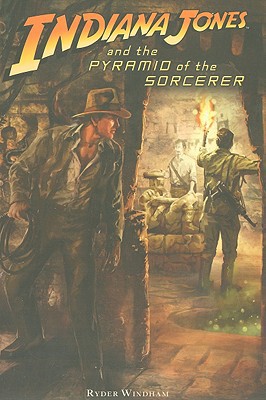 The untold stories of the world's greatest adventurer!

Early August, 1941. Indiana Jones' luck has finally run out. He's stuck in jail in Puerto Bolivar, Ecuador, with one failed escape already under his belt, when Colonel Musgrove of the US Army comes knocking with an official release -- with strings attached.

Musgrove wants Indy to track down the fabled Hall of Records. But Indy soon discovers he's not the only one on the trail. He'll will have to outsmart and outmaneuver his enemies -- but first, he'll have to figure out exactly who his enemies are . . .
Reviews from Goodreads.com