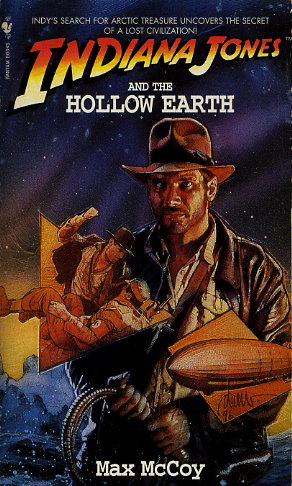 DEATH UNDER THE ICE

A violent storm, a dying Arctic explorer, and a curious wooden box make Indy the target of fanatical Nazi agents. Inside the box are a slice of Icelandic stone with mythological powers and a journal hinting at the existence of an underground civilization near the top of the world. Indy and Ulla Tornaes, a beautiful Danish scientist, set out into the Arctic wastes, racing against Nazi explorers, to search for the lost city. Their quest will lead them to a massive cavern beneath the snow, portal to the legendary Ultimo Thule -- the key to Hitler's mad plan for world domination.
Reviews from Goodreads.com