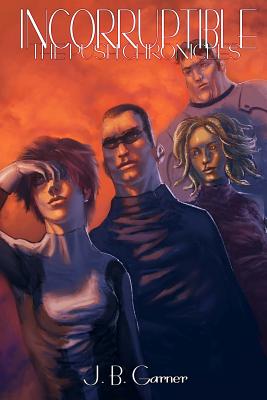 Irene Roman a.k.a Indomitable and the heroes of Atlanta have lost. Now with Irene languishing in prison with no hope of escape, Atlanta has become the personal fiefdom of a man losing control of himself and his extremist Pushed vigilantes with only the people of the city to suffer. When a mysterious force gives Irene a chance to regain her freedom, she is forced to embrace new allies and recover old ones in an attempt to free her hometown. All roads lead towards a final confrontation, one that will decided the fate of a city as well as the ultimate fate of the Pushed in the world. Condemnation or acceptance, villainy or heroism, life or death, the time to decide is coming rapidly! Incorruptible is the last of the three books in The Pushed Chronicles, starting with Indomitable and continued in Indefatigable!
Reviews from Goodreads.com