In Too Deep — Lori Foster 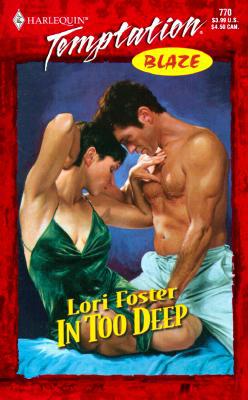 Share:
HE WOULD HAVE TAKEN HER TO BED IN A HEARTBEAT...
Private investigator Harry Lonnigan wasn't fooled by her disguise. The waif dressed as a boy, who was about to blow his cover and maybe get herself killed, was every inch a woman. So he saved her neck and the sexy little body that went with it. And lived to regret being such a hero.

BUT SHE WAS OFF LIMITS

Harry discovered Charlie was the estranged daughter of his best friend and father figure. His first priority should have been getting them back together, but Charlie didn't know that. Her first priority was to seduce Harry, and before Harry knew it, he was in too deep.