In the Shadows of Myrmidons — B.Lloyd Reese; Nicholas J. Rzepczynski 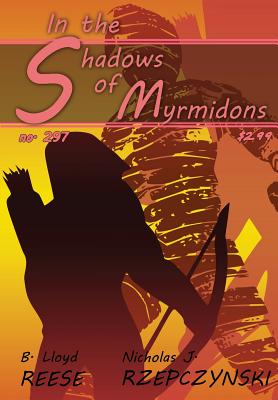 Hope comes at a time, and in a form that you least expect. Myrmidons: Those who are unquestioningly dedicated to a cause, have been referred to as myrmidons. Seemingly ordinary, broken people who react extraordinarily in extraordinary situations, can be called heroes. A hero is, almost by definition, a myrmidon of hope. But then, there's another type of myrmidon, the progenitor of the term, a demigod. A nephilim, if you will. And his disembodied spirit has an agenda. The Problem: Alphacowomooga High, located a stone's throw from Yankee Stadium in The Bronx. A crime-ridden hole run by gangs, pimps, drug dealers, and a corrupt administration. Throw in a power hungry outcast who has embraced the darkest of magics, binding all of the gangs in his iron grip... and the situation becomes much more complicated. The Hope: A homeless student with a moral dilemma over the life of violence he is forced to live. His disabled benefactor with a remarkable secret. Two former enemies, left for dead by their gang. A girl with a "reputation" and something to prove. And a cowardly nerd with a set of unusual dice. Where is the hope in that, you may ask? Again, I say, hope comes in a form you least expect. Read more about the novel at http://supercliqueforhire.blogspot.com/
Reviews from Goodreads.com