In the Heat of the Sun — Anne Silverlock 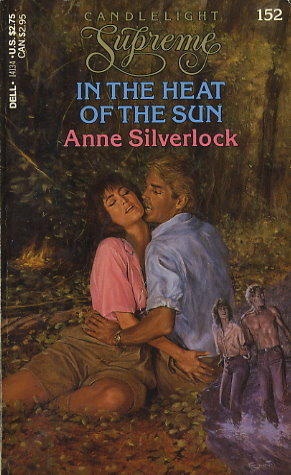 
One moment she was soaring free as a bird over the Tennessee wilderness; the next, she was a captive, held by a powerful stranger who took her breath away. Freddie Davenport had no choice but to do Nat Steele's bidding. With her sailplane down so far from civilization, escape was a reckless risk. And as Nat led her into a world of mountain people involved in an illegal enterprise, she had to realize that he was at once her enemy and her only ally. Who was Nat? By turns tough and tender, which side of the law was he on? And as their dangerous adventure edged toward its chilling climax, why didn't Freddie want Nat to let her go?