In the Dark of Dreams — Marjorie M. Liu 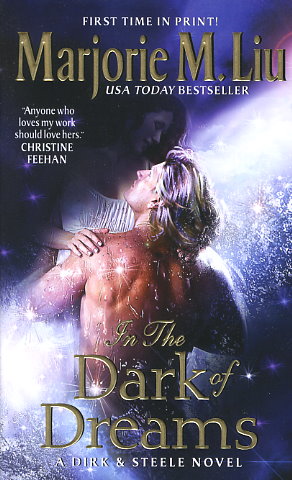 Share:
She could never forget the boy with the ice blue eyes...

She was only twelve when she saw the silver boy on the beach, but Jenny has never stopped dreaming about him. Now she is grown, a marine biologist charting her own course in the family business -- a corporation that covertly crosses the boundaries of science into realms of the unknown…and the incredible.

And now he has found her again, her silver boy grown into a man: Perrin, powerful and masculine, and so much more than human -- leaving Jenny weak with desire and aching for his touch.

But with their reunion comes mortal danger -- from malevolent forces who would alter the world to suit their own dark ends. For Perrin and Jenny -- and all living creatures -- their only hope for preventing the unthinkable lies in a mysterious empire far beneath the sea -- and in the power of their dreams.