In the Country of the Young — Lisa Carey 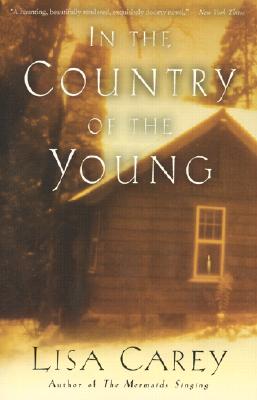 On a stormy November night in 1848, a ship carrying more than one hundred Irish emigrants to America's shores ran aground twenty miles off the coast of Maine. Many were saved, but some were not--including a young girl who died crying out the name of her brother. A century and a half later, the descendants of the survivors still remember that fateful voyage and the children who lost their lives to the sea.

In the present day, the artist Oisin MacDara lives in self-imposed exile on Tiranogue--the small island where the shipwrecked Irish settled. The past is Oisin's curse, as memories of the twin sister who died tragically when he was a boy haunt him still. In the isolated community he inhabits, life is so separated from mainland influences that an Irish lilt still flavors the islanders' speech. But Oisin's lingering pain is so great that even in this intimate place he has been incapable of forming a single meaningful relationship.

Then on a quiet All Hallows' Eve, a restless spirit is beckoned into his home by a candle flickering in the window: the ghost of the girl whose brief life ended on Tiranogue's shore more than a century earlier. In Oisin's house she seeks comfort and warmth, and a chance at the life that was denied her so long ago. For an empty man chained by painful memories, nothing will ever be the same again.