In the Beginning — Michael Farris Smith 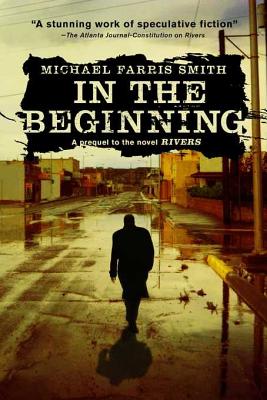 
In this short story prequel to Michael Farris Smith’s widely acclaimed novel Rivers (a Best Book of 2013 in BookRiot, Daily Candy, and Hudson Booksellers), a series of catastrophic hurricanes along the Gulf Coast prompts the government to institute “The Line,” a boundary between the coastal region and the rest of the country, effectively creating a lawless no-man’s land without electricity, resources, or basic services.

Those left behind include Aggie, a snake-handling preacher with a questionable past; Bub and Ava, who live in a FEMA trailer held down by cinderblocks; and Cohen, who refuses to evacuate and leave behind the graves of his late wife and child. As all four struggle to survive below The Line, their stories intersect with violent and unexpected consequences.