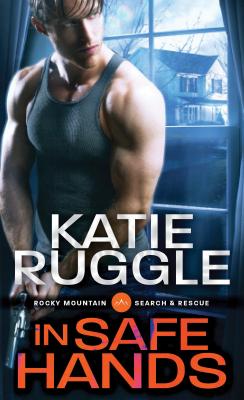 Share:
He was her hero,
But one wrong move ended their future before it could begin.
Now he'll do whatever it takes to keep her safe,
Even if that means turning against one of his own.

As a member of the Field County Sheriff's Department, Chris Jennings is used to having it rough. The Colorado Rockies aren't for the weak-of-spirit, but he's devoted his life to upholding the law―and to protecting the one woman he knows he can never have. He'll do whatever it takes to keep her safe.

Daisy Little has lived in agoraphobic terror for over eight years. Trapped within a prison of her own making, she watches time pass through her bedroom window. Daisy knows she'll never be a part of the world...until the day she becomes the sole witness of a terrible crime that may finally tear the Search & Rescue brotherhood apart for good.

In the remote Rocky Mountains, lives depend on the Search & Rescue brotherhood. But in a place this far off the map, trust is hard to come by and secrets can be murder...