In No Way Guilty — Taylor Jones 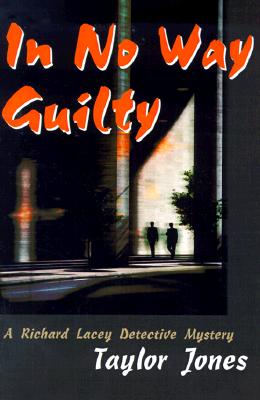 Richard Lacey, former Pittsburgh Steeler turned detective, is contacted by Jeanette Green to resolve the shooting of her deceased, compulsive gambling husband, Syd. Lacey tells her to let sleeping dogs lie, but she insists on an investigation. What seems like a routine investigation turns into a sack of scorpions when both the Mafia and the State of New Jersey take interest. Laceys pregnant wife, Marilyn, is kidnapped, pitting Lacey against the mob. Lacey finds that Syd was involved in the construction of a new center in Atlantic City. He works with government authorities to untangle the involvement of the mob in Atlantic City construction. When a hit on Lacey by the mob fails, government agencies make a clandestine move on the mob. Later, Lacey discovers that the mob was not involved in the hit on Syd Green. He finds the solution much closer to home.
Reviews from Goodreads.com