In Defense of Love — Pat Simmons 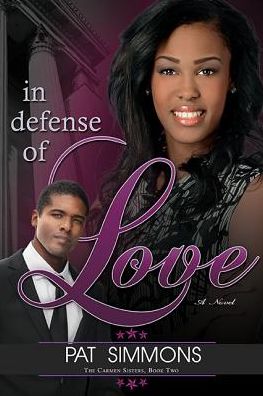 Share:
Lately, nothing in Garrett Nash's life has made sense. When two people close to the U.S. Marshal wrong him deeply, Garrett expects God to remove them from his life. Instead, the Lord relocates Garrett to another city to start over, as if he were the offender instead of the victim. Criminal attorney Shari Carmen is comfortable in her own skinAnd#8212;most of the time. Being a "dark and lovely" African-American sister has its challenges, especially when it comes to relationships. Although she's a fireball in the courtroom, she knows how to fade into the background and keep the proverbial spotlight off her personal life. But literal spotlights are a different matter altogether. While playing tenor saxophone at an anniversary party, she grabs the attention of Garrett Nash. And as God draws them closer together, He makes another request of Garrett, one to which it will prove far more difficult to say "Yes, Lord."