In A Family Way — James Calder 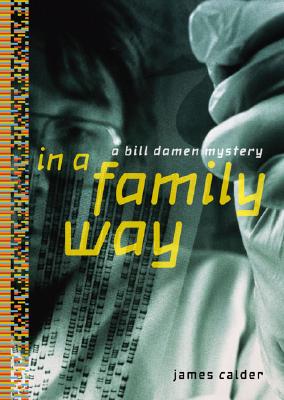 It's a parent's nightmare: the fertility doctor who tinkers with the very essence of a child. The Bill Damen series leaps onto a bigger and more ambitious canvas with the filmmaker-turned-sleuth's third case, one where life and death are chillingly intertwined. His cousin's young daughter, Margaret, is kidnapped and murdered. Exposing a shadowy underworld of embryo engineering, Bill finds that the circumstances of Margaret's birth have everything to do with her death. With the help of his new assistant, the dynamic and gorgeous Clementine, Bill's investigation reveals that the latest reproductive technology is a dangerous new weapon in an ageless battle. Tagged by Booklist as "fast-paced...with likeable good guys, nasty villains...and plenty of plot twists," the series grapples with the hard truth that science may change, but human nature does not.
Reviews from Goodreads.com