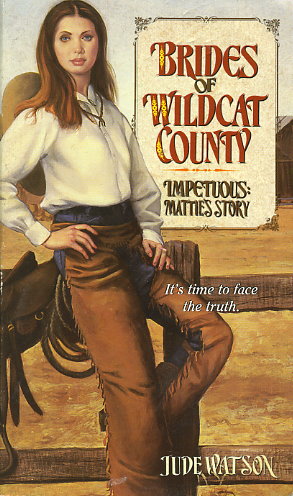 Although a year younger than her sister, Mattie Nesbitt has always been considered the stronger of the two. But even she feels the weight of despair as they face an uncertain future.

Mattie has nowhere else to turn when she sees the ad for brides. Perhaps this is their way out. If she and her sister can find husbands, they won't be fated to a life of loneliness and poverty.

But in California, Mattie discovers she doesn't need a husband. She can make her own way . . . disguised as a man. So with the right clothes and a new haircut, Mattie becomes Matt.

Then Mattie meets Sam Jackson Brand. He's as untamed as the Sierra, and his tempestuousness has impassioned Mattie. Mattie knows she must tell Sam the truth. But she has his respect as a man. As a woman, will she still have it -- and his love, too?