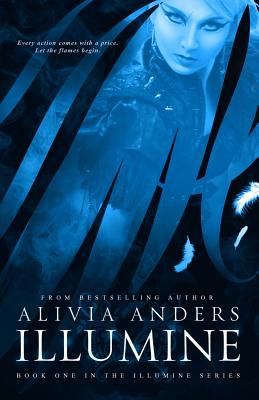 
Every action comes with a price. Let the flames begin. For the past five months Essallie Hanley has been trying to forget about the frightening murder of her boyfriend. Haunted by vivid nightmares and hallucinations of the event she does anything she can to pretend she's like every other normal girl in High School. Only Essallie is far from normal. Able to conjure blue fire and a shimmering silhouette of wings from her body, she seeks the only known solace left to her name; her first home in Belfast, Maine. But she soon realizes that her return home is only the beginning of a long and twisted road taking her as far from her humanity as possible, with Kayden, the demon originally summoned to slaughter her, leading the way. Unable to touch her but oddly curious, he joins Essallie in her search to find out just what she is. But neither of them were prepared for the secrets they've begun to unravel, secrets that will change Essallie and everyone around her forever.