If Only — Geri Halliwell 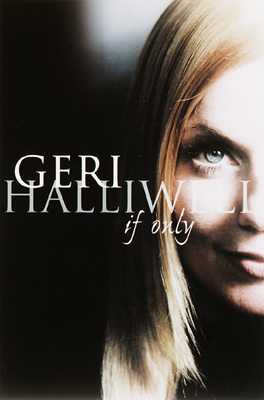 Share:
She dreamed of becoming a pop star. She fought her way through personal obstacles to emerge--against overwhelming odds--as an international pop sensation: Ginger Spice of the supergroup the Spice Girls. Then, at the height of her fame, Geri Halliwell walked away from it all.

If Only is the inspiring story of Halliwell's roller-coaster journey from insecure teenager to nineties' pop superstar. With wry humor and rare candor, she reveals the hunger for love and acceptance that propelled her from her working-class beginnings to fame beyond her wildest dreams.

She shares candid thoughts about her battle with bulimia...her unforgettable meeting with Prince Charles...her ongoing quest for spiritual fulfillment...the real reason she left the Spice Girls. And she takes us inside the mind and heart of the outrageously dressed performer whose public persona shouted "Girl Power!" yet who constantly strove to discover who she really was.

When she left the Spice Girls in 1998--with a string of number one hits behind her--she was ready to stop being Ginger Spice and start becoming Geri Halliwell. Today, at twenty-seven, she has already embarked on a new journey--a platinum solo album, three number one singles, and the inspirational role of Goodwill Ambassador for the United Nations--rushing toward a future filled with success, fulfillment, and, hopefully, no regrets.


From the Paperback edition.