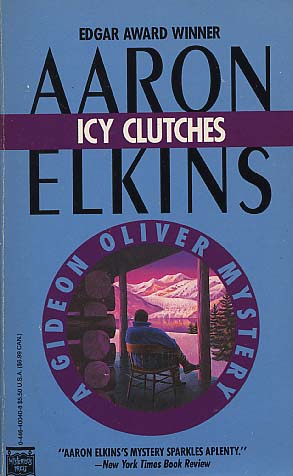 A few pieces of bone rest in the tomato soup carton--all that is left of three young people who perished in an avalanche thirty years ago near Alaska's Glacier Bay. Gideon Oliver expects to be bored when he accompanies his wife, Julie, to a forest rangers,' conference at a lodge in this magnificent wild country. Instead he finds himself in the company of the only survivor of the avalanche, TV's most popular science personality, M. Audley Tremaine- and with a tantalizing puzzle on his hands. A memorial journey by Tremaine to the site of the accident has led to the macabre discovery of the skeleton fragments. It's just luck that Gideon, the famous "skeleton detective," is on the scene to identify whose bones have been recovered. But it's very bad luck for the person who is determined to keep the past buried ... by hook or by crook, or by murder.