I Don't Want to Be a Frog — Dev Petty 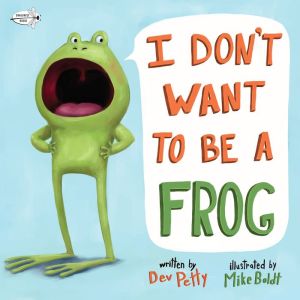 Fans of Mo Willems's "Don't Let the Pigeon Drive the Bus!" and Jon Klassen's "I Want My Hat Back" will love meeting this willful young frog with a serious identity crisis. Frog wants to be anything but a slimy, wet frog. A cat, perhaps. Or a rabbit. An owl? But when a hungry wolf arrives -- a wolf who HATES eating frogs -- our hero decides that maybe being himself isn't so bad after all. In this very silly story with a sly message, told in hilarious dialogue between a feisty young frog and his heard-it-all-before father, young readers will identify with little Frog's desire to be something different, while laughing along at his stubborn yet endearing schemes to prove himself right. 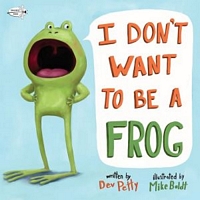 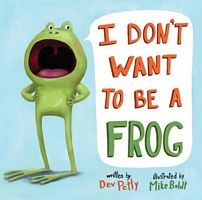 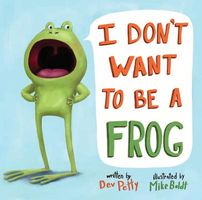 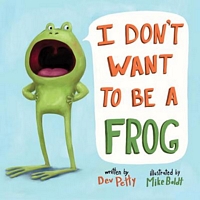 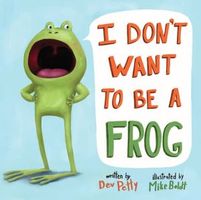