I Do Solemnly Swear — D.M. Annechino 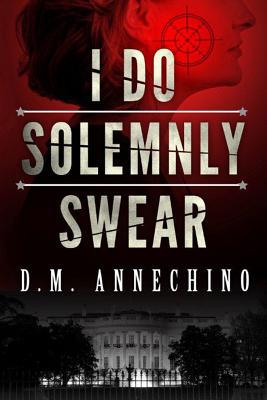 Share:
After only eight months on the job, President David Rodgers dies from an apparent heart attack, and Katherine Ann Miles, Rodgers's VP, becomes the first woman to occupy the Oval Office. As she tries to calm a grieving nation and adjust to her new role, Katherine must also contend with an unrelenting power struggle with Congress -- the ultimate boys' club.

With Iran making grave threats against Israel, their troops positioned on the Israeli border, poised to attack, the new president faces her first test in quelling the explosive situation without resorting to major military options. Yet it seems danger lurks closer to home: Clues emerge, suggesting President Rodgers's death wasn't so natural. And whoever wanted him dead has Madam President in the crosshairs -- and at close range.

A traitor lies in wait as a widespread conspiracy infiltrates the highest level of government in D.M. Annechino's third novel, a bold, fast-paced political thriller.