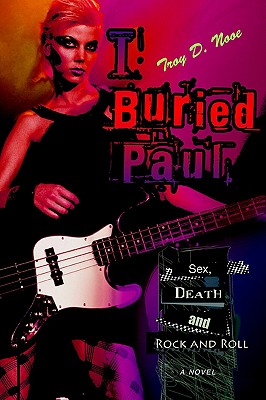 
When reports of the gruesome murder of former 80s rocker Stevey Richards hit the airwaves, it's the biggest story around and it puts his name back in the spotlight for the first time in years. The problem is Stevey isn't dead, he just wishes he were. His old record label hatches a scheme to cash in on the scandal by pretending he's dead and releasing his long-lost album. After a decade of playing dives and seedy clubs, Stevey is all for it until he writes his masterpiece song and decides he's not ready to give up his life just yet.Walking away from the record company isn't as easy as it sounds. Richards discovers the label is more powerful and ruthless than any mafia in the country and they aren't about to let him go public.From there, it's a mad dash through the underbelly of the music world as Stevey faces record-company thugs and hitmen in an effort to stay alive. The torture and murder of a boy-band star, the brutal beating of a pop diva and the assassination of a folk music failure are all intertwined in this fast paced, dark comedy-thriller.