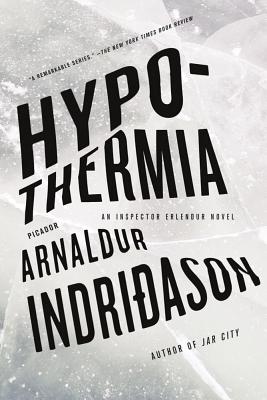 Inspector Erlunder has spent his career evading the phantoms of his past, and now he finds himself twice haunted -- first, at a séance attended by the victim of a suspicious suicide, and again by the puzzle of two young people who went missing thirty years ago. There's also the ghost of the detective's disastrous marriage -- which, despite the pleas of his drug-addled daughter, Erlendur refuses to confront. And there's his lingering obsession with the case of his beloved younger brother, who vanished without a trace when they were boys. Erlendur can run from his ghosts for only so long, and when they finally catch up with him, he is forced to face the devastating truth of his tormented past.

A brilliant novel of suspense from Iceland's frigid shores, Hypothermia is Scandinavian crime fiction at its best.
Reviews from Goodreads.com