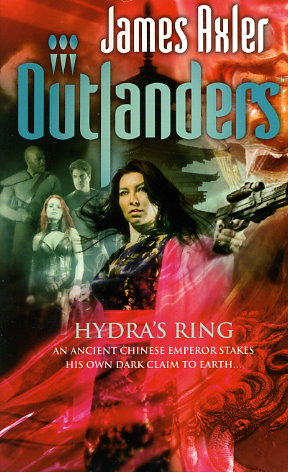 CIRCLE OF DEATH
The mysterious barons who once controlled postapocalyptic America have evolved into their true entities, inhuman overlords poised to reclaim the planet they were forced to abandon millennia ago. All that stands between the complete enslavement of the human race is a group of exiles, waging war against an enemy of unlimited power and patience.

REIGN OF TERROR
A sacred pyramid in China is invaded by what appears to be a ruthless Tong crime lord and his army. But a stunning artifact and a desperate summons for the Cerberus exiles puts the true nature of the looming battle into horrifying perspective. Kane and his rebels must confront a four-thousand-year-old emperor, an evil entity as powerful as any nightmare now threatening humankind's future....