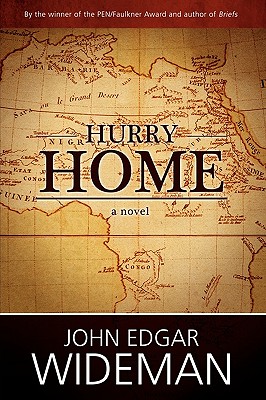 In 1970, The New York Times wrote, "Hurry Home is a dazzling display...we have nothing but admiration for Mr. Wideman's talent." Wideman's second novel is the powerful and remarkably prescient story of a highly educated, multiracial man's struggle to find himself and understand his place in a country walled off by sharp racial and class divisions which seem to preempt the very possibility of his existence. Cecil Braithwaite works as a janitor while earning a law degree, yet discovers faithful adherence to the script promising the American Dream is not enough. He travels abroad, looking to Europe and Africa, but can't escape the abiding sense of rootlessness, of being trapped in a halfway house of questions the world's not yet ready or willing to answer. Wideman starkly portrays how difficult it is to shake free of the shackles one is born to, claim an identity that transgresses society's most fundamental boundaries, and find one's true Home.
Reviews from Goodreads.com