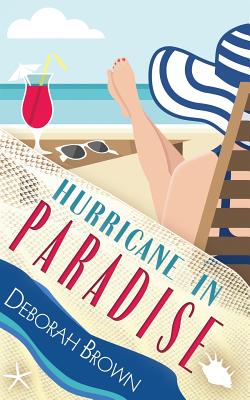 Set against the steamy backdrop of Tarpon Cove's sun-kissed, tropical waters, sexy sleuths and best friends Madison and Fab are at it again dealing with the occasional dead body. Hidden just below the surface of the small town lies an underworld, one steeped in deceit, corruption, and deadly secrets.

It's only a matter of time before Madison and Fab find themselves on a collision course with the police, who consider them likely suspects in a murder.Ride along on their adventures when the duo realizes that a family member is missing and pull themselves away from all jobs to track him down. Theories: walked away, freak accident, kidnapped? If so, then why no ransom demand?

Hurricane in Paradise is book ten in the thrilling and humorous provocative Paradise series, which finds the two waist-deep in mystery and romance. It is a smart, adventurous read that delivers heart-thumping, non-stop action. Join Madison and Fab as they solve the most twisted of cases, through unconventional - and highly entertaining - measures... sometimes in flip-flops.
Reviews from Goodreads.com