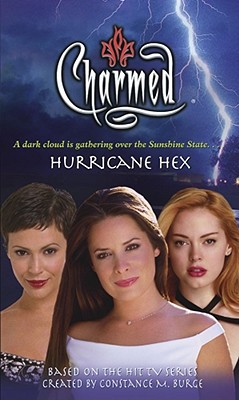 A woman in peril, a storm prolonged --
consequences of a spell gone wrong.
Come together, quell the anger --
unite to save a friend in danger!

Despite the fact that it's hurricane season, Phoebe, Piper, and Paige decide to take a trip to the Sunshine State. After spending a few days at Phoebe's advice column seminar in Orlando, the Charmed Ones head a few miles north to pay a visit to Sharon Grant, Paige's best friend from college. They arrive just as a hurricane in South Florida changes course and starts heading toward them.

The three sisters soon discover that the dangerous storm isn't their only worry -- it seems that Paige's friend has taken up practicing folk magic with a quirky neighbor who has an unhealthy obsession with Florida folklore. Aware that large storms can affect magic in mysterious and catastrophic ways, the Charmed Ones must batten down the hatches and convince their hostess and her friend to stop casting spells before they find themselves trapped in the eye of a real mess.
Reviews from Goodreads.com