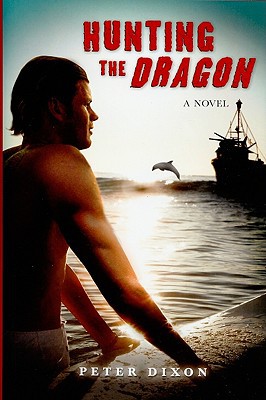 Billy Crawford is a blond, eighteen-year-old surfer from Southern California, working in Fiji as a surfing instructor. But when he gets fired for leading his students into some dangerous surf, his endless summer seems to be over, and he decides that it's time to get a real job. He comes across a tuna clipper called Lucky Dragon whose crew is short a boatman, and the first mate offers him a job. What Billy doesn't know is that the clipper finds tuna by following dolphins.

When Lucky Dragon sets its net for the first time, Billy witnesses a harrowing sight -- dolphins being killed by the Dragon's money-hungry pirates. When he attempts to save a dolphin who is caught in the tuna net, the Dragon's captain tosses Billy and his belongings -- including his surfboard -- into the ocean and leaves. Fortunately, the dolphin Billy saved befriends him and tows him to shore, where he meets up with Benny, an activist for dolphins. Benny has raised enough money to buy an old navy ship, the Salvador, and plans to use it to ram and sink the Lucky Dragon. Along with Benny is Sarah, the pretty young daughter of Benny's primary benefactor. Benny invites Billy to join his crusade, and Billy willingly accepts.

With the help of Billy's dolphin friend, Chatter, the adventurers set out on a quest to save dolphins and to find Lucky Dragon and send it to the bottom of the sea. What transpires is a thrilling tale full of action, suspense, and even a little romance.
Reviews from Goodreads.com