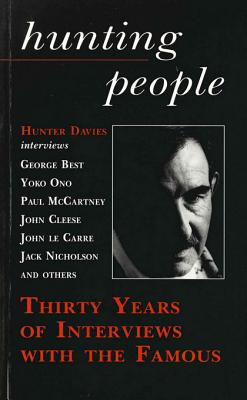 Hunter Davies's first major interview was with John Masefield for The Sunday Times in 1963. In the years since, he has interviewed many of the most famous people that the late twentieth century has to offer, from James Baldwin and Orson Welles to Jack Nicholson and Salman Rushdie. in an eclectic and highly readable selection, we learn that Noel Coward enjoyed watching operations and considered himself 'about as decadent as a suet pudding', David Hockney dyed his hair because 'blonds have more fun', and Anthony Burgess had yet to touch the body of an Englishwoman. Christy Brown concedes 'I'm just a run-of-the-mill genius', while Alan Sugar admits 'I'm a miserable sod'. The book opens with a specially written introduction in which Hunter Davies explores the art of the Celebrity Interview, and turns the tables to interview fellow practitioners, such as Lynn Barber and Angela Lambert.
Reviews from Goodreads.com