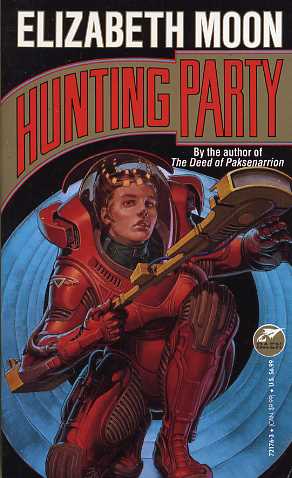 Heris Serrano was an officer born of a long line of officers. Being forced by a treacherous superior to resign her commission under a cloud was not just the end of a career path; it was the end of every-thing that gave her life meaning. Still, even ex-captains grieving for lost careers must eat, and Heris has wound up as "Captain" of an interstellar luxury yacht. Being a rich old lady's hyperlight chauffeur isn't quite the same as captaining a dreadnought, but nothing Heris will ever do again will compare to that.

Or so she thinks.... For all is not as it seems aboard the good ship Sweet Delight, and soon Heris finds herself fighting for her life against as varied and villainous a bunch of cutthroats, smugglers, and "sportsmen" as ever had the misfortune to cross her path when she was a captain of the fleet.
Reviews from Goodreads.com