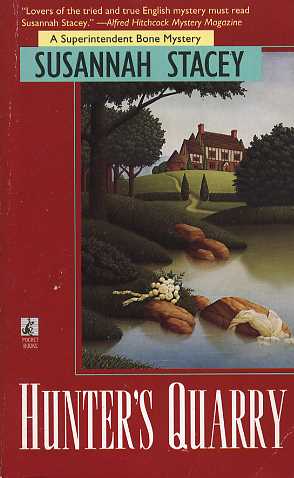 A MARRIAGE NO ONE WANTED

No one but American television actress Zephyr West--the bride-to-be--is celebrating rock star Ken Cryer's upcoming wedding. Zephyr's ex-husband, Dwight Schlumberger, is convinced that she can be persuaded to remarry him, and their daughter, Treasure, has teamed with Ken's son, Jem Cryer, to derail the coming nuptials. Ken's staff is also opposed to the marriage, while his ardent fans are protesting openly and loudly. Even Ken is having second thoughts--thoughts that close friends are encouraging.

But someone has crossed the line. It begins with written death threats, which prompt Ken to seek the help of Superintendent Robert Bone. Although somewhat distracted by the impending birth of his child, Bone agrees to investigate. But as he organizes security for the gala wedding at the restored Herne Hall, Ken disappears--and a man's body is found in a quarry near his estate. If Bone doesn't quickly work his way through a maze of deceptions, delusions, and secrets long past, the groom may be dead before he can say "I do."
Reviews from Goodreads.com