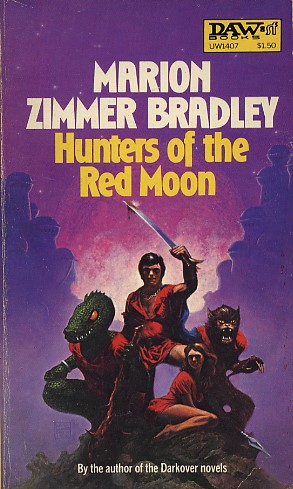 The hunters were fair by their standards... but their standards were utterly inhuman. They kidnapped intelligent beings from many far-off planets as prey for their hunt. They gave them their choice of the best weapons available, allowed them plenty of time to practice, gave them a "chance"

If they could survive until the next eclipse of the red moon, wealth and freedom would be theirs. The catch was this--nobody knew what the hunters looked like. How then do you outwit an enemy who might look like your best friend, your comrade-in-arms, or like a monster that could slay an army?
Reviews from Goodreads.com