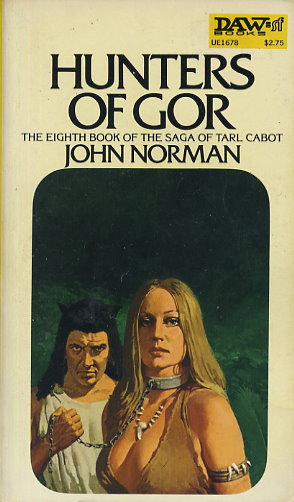 They were:
Talena, daughter of Gor's greatest ruler and once Tarl's queen.

Elizabeth Cardwell, who had been Tarl's comrade in two of his greatest exploits. Verna, haughty chief of the untamed panther women of the Northern forests.

HUNTERS OF GOR finally reveals the fate of these three-- as Tarl Cabot ventures into the wilderness to pit his skill and his life against the brutal cunning of Gorean outlaws and enemy warriors.
Reviews from Goodreads.com