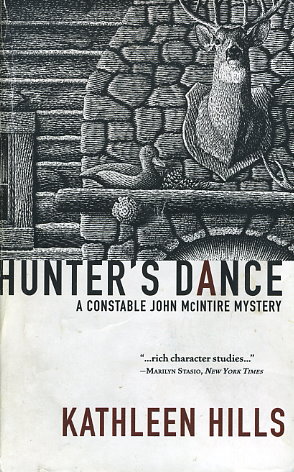 In Michigan's Upper Peninsula, hunting is a way of life -- and death, at least for the eighteen-year-old son of summer residents at the exclusive Shawanok Fishing Club. St. Adele's Constable John McIntire attempts to figure out who hated the kid badly enough to bludgeon, knife and poison him after a barroom brawl with a local man.

The boy's father is mysteriously unavailable, while his mother vows revenge as she bakes cream pies in their rented mansion. McIntire knows they're not the only ones here with secrets. The couple's freelance private eye seems more interested in finding uranium than a killer. Then there's the strange backwoods hermit who knows -- but isn't telling. McIntire, as tenacious as a hunting dog, follows the twisted trail to the terrible secret at the heart of a crime most would call murder... but some might term justice.
Reviews from Goodreads.com