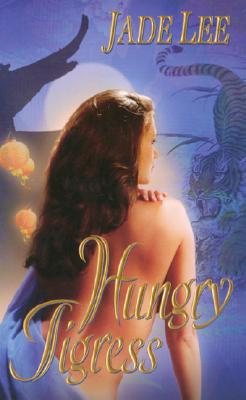 The Tigress: the counterpart to the "male" dragon; the Chinese symbol for female sexuality; a priestess of the Taoist sect seeking enlightenment though ecstasy.

Joanna Crane joined China's Boxer Rebellion because of the emptiness inside her. She was tired of being her rich daddy's showpiece and had a hunger to do good. But when the rebels--anti-foreigner bandits with a taste for white flesh--turned out worse than their ruthless Qin enemies, her only hope was a Shaolin master with fists of steel and eyes like ice. A Shaolin master who was not what he seemed.

He had no wish to harm the meddling American, so, when she learned his secret, Joanna's captor determined to stash her at a Taoist temple. True, the sect was persecuted throughout the land, but he saw no harm in seeking divinity through love. And the cult's mistress was the great Tigress, Shi Po. What he did not see was that he and Joanna were already students, their hearts were on the path to Heaven, and salvation lay in a kiss, a touch, and sating the . . .HUNGRY TIGRESS
Reviews from Goodreads.com