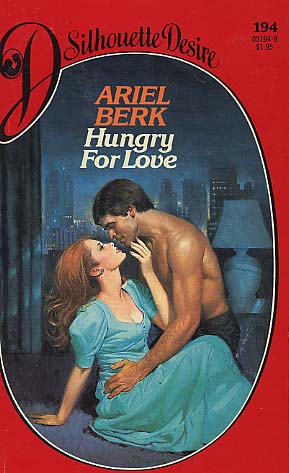 Through her office door Heidi Barnett could hear a man's angry voice demanding to see I.M. Hungry--Gotham Magazine's witty, wildly sarcastic restaurant critic--aka Heidi Barnett. Her review had said that dining at Wes Evans' fancy restaurant was like being on the Titanic--and finding yourself rooting for the iceberg. Wes was understandably annoyed.

It was equally understandable that Heidi stoutly denied she was I.M. But after meeting Wes, she realized this wasn't a man to lie to. Wealthy, self-made, Wes was a curious mixture of street tough and tender lover, straightforward ... honest. Though they came from opposite backgrounds, they both had the same thing to prove, the same needs: a hunger for love.
Reviews from Goodreads.com