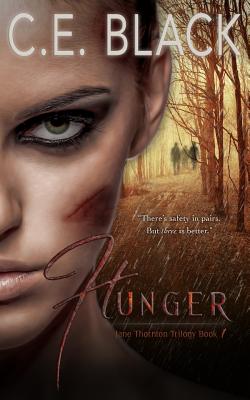 "'Have you seen the girl?'I was the only girl here. The only living soul in this whole damn town. It had been almost a year since the beginning of the end, and I'd been here the entire time. It was my hometown, where I'd grown up. And where I thought I would die. Eventually. But I wasn't ready. Not yet."A YEAR AGO, JANE THORNTON watched quietly as the world fell apart. Like a thief in the night, something took over humanity, leaving behind only the dead and the flesh eaters. Or so she thought. Being born mute was a weakness in the old world. Now she used it to her advantage. If there was one thing she was good at, it was hiding. Until they found her.Kaden and Mason were two of the biggest, most threatening men she'd ever seen. And she was now their captive. But if they were holding her against her will, where were her chains? Why were they so concerned about her safety and her empty stomach? And how could her heart survive if she ran now?Warning: This is book one in an on-going series (trilogy) and may or may not end in a cliffhanger, depending on your definition of a cliffhanger. And contains strong sexual content, violence, and adult language. Not suitable for readers under the age of 18.
Reviews from Goodreads.com