Hulk to the Rescue — Adam Davis 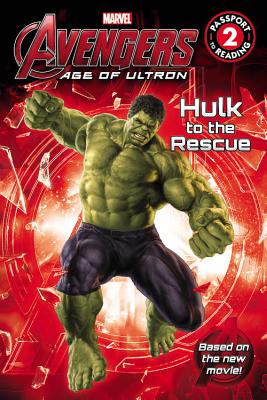 Following the record-shattering successes of Marvel's The Avengers in 2012, The Avengers must reassemble on the big screen to combat the robotic menace of Ultron! Marvel's Avengers: Age of Ultron is set for US release on May 1, 2015. Acclaimed writer/director Joss Whedon and producer Kevin Feige return, along with the all-star cast of Robert Downey Jr. (Tony Stark/Iron Man), Chris Hemsworth (Thor), Mark Ruffalo (Bruce Banner/Hulk), Chris Evans (Steve Rogers/Captain America), Scarlett Johansson (Natasha Romanoff/Black Widow) and Jeremy Renner (Clint Barton/Hawkeye). They are joined by Emmy Award- winner James Spader as Ultron, as well as Aaron Taylor-Johnson and Elizabeth Olsen as Quicksilver and Scarlet Witch.
Reviews from Goodreads.com