How To Slay A Dragon — Bill Allen 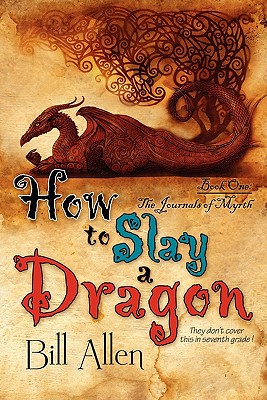 Ruuan is a very large dragon. Twelve-year-old Greg Hart can't slay a dragon. He'd be lucky to win a fight against one of the smaller girls at school.

Now the magicians of Myrth have mistaken him for a legendary warrior, so they've yanked Greg into their world of sorcery and danger. Nothing will stop the people of Myrth from believing Greg will rescue King Peter's daughter from Ruuan the dragon. After all, Greg has been named in a prophecy, and no prophecy has ever been wrong before.

Until now.
Reviews from Goodreads.com