How to Raise an Elephant — Alexander McCall Smith 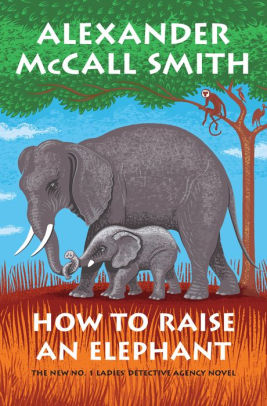 The next book in the perennially adored No. 1 Ladies' Detective Agency series sees Precious Ramotswe calling upon all her maternal instincts when she's faced with a two-ton case.

They say it takes a village to raise a child, but can Mma Ramotswe and the rest of the No. 1 Ladies' Detective Agency come together to raise a pipsqueak pachyderm? We may find out in this novel. We may not. Who can say?
Reviews from Goodreads.com

“There was an important element of reciprocity in her relationship with Mma Potokwani, but if you set up imaginary scales and put fixing the pump or the minibus on one pan, and an elephant on the other, there was no doubt in her mind as to which way the scales would tip.”

How to Raise an Elephant is the twenty-first book in the Number 1 Ladies Detective Agency series by popular Scottish author, Alexander McCall Smith. The weather is hot and business is slow when a distant cousin of Mma Ramotswe’s comes to the office, wanting money for yet another relative. Mr JLB Matekoni warns his wife to be wary, not wanting her to acquire a reputation as a soft touch. Mma Ramotswe is always charitable, but is the reason for the request genuine?

Charlie asks to borrow Mma Ramotswe’s tiny white van and returns it with a strange smell and a damaged tailgate. When Mr JLB Matekoni and Fanwell investigate, they bring back a barely credible story of an orphan baby elephant in mortal danger. Who could help?

Mma Ramotswe has new neighbours in Zebra drive, and when thire furniture arrives, some of it has her wondering about the state of their marriage. A later encounter with the wife leads her to offer advice: “Forgiveness is very powerful, Mma. It can change things completely. It’s like the rain we long for. Everything is dry, dust everywhere, and then the rain comes. You smell it coming and suddenly it is there and it changes everything.”

As usual, both in conversation and inner musings, digressions from the main topic are common, often on hilarious tangents: from an elephant to the difference between lions and ostriches to evolution to Einstein. Traffic jams, affairs, outstanding invoices and bad debt recovery and angels: all are examined, and Precious finds herself scrambling for diplomacy with Grace Makutsi’s new (trendy? retro?) spectacles.

Grace, as always, pontificates on many subjects (“that is well known, Mma”) and shares her strong opinions, especially on the behaviour of men, and a certain Violet Sepotho. And in the course of a day’s work, she draws some incorrect conclusions from evidence garnered, rather surprises herself with a spontaneous act of charity, and later joins a girls’ trip north.

Once again, McCall Smith gives the reader some minor mysteries that don’t tax the brain too much, laced with plenty of gentle philosophy, astute observations and wise words. This author never fails to delight. 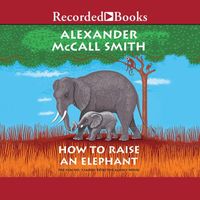