How To Lose An Extraterrestrial in 10 Days — Susan Grant 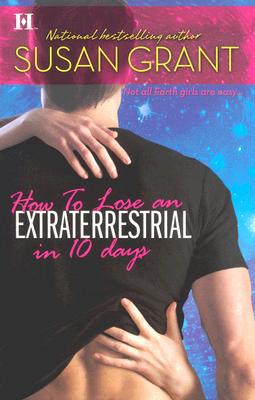 His internal computers are offline, his former employers want him dead and the Men in Black are after him. Without his cyberpowers, Reef is as weak as a lowly Earthling. He's tried to kill every human he's met--so why on Earth would they help him?


Evie Holloway needs a bodyguard! Her fledgling chocolate business is mistaken as a money-laundering scheme for the mob and the bullets have started flying. But does the suburban soccer mom really want to shelter the alien hit man who almost offed her future brother-in-law?


She is desperate, and Reef is incredibly sexy. "Ten days," she tells him--but it turns out that ten days just might be long enough to spark a love that's truly out of this world.
Reviews from Goodreads.com 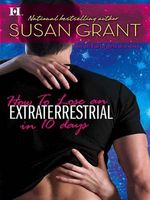