How To Be Cool — Johanna Edwards 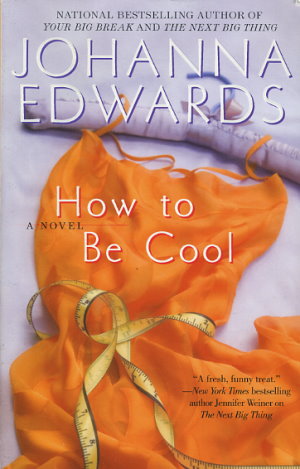 After shedding seventy pounds, Kylie found a new career transforming the socially inept from geek to chic. Her classes on How to Be Cool are Chicago's hottest ticket. But Kylie's still a dork at heart, and she'd die before she let her clients in on her overweight, nerdy past.

Things start to unravel when Kylie's apartment burns down and she's forced to shack up with her parents. Making matters worse, there's a journalist shadowing her every move. The last thing Kylie needs is someone uncovering her dirty little secret... no matter how sexy he may be.

Now, with her life spiraling out of control, the weight she fought so hard to lose is starting to creep back on. But with the help of her best friend Ruby, a confident plus-sized model, Kylie's starting to learn that appearances aren't everything-and that being the queen of cool isn't all it's cracked up to be.
Reviews from Goodreads.com