House of the Lost — Sarah Rayne 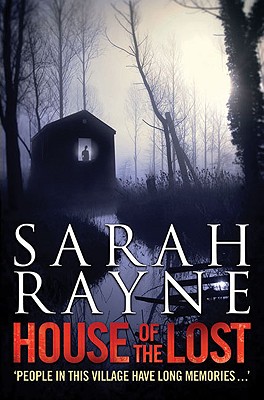 A work of fiction reveals a nightmarish truth in this spellbinding new psychological thriller from the acclaimed author of Ghost Song.

When novelist Theo Kendal inherits the remote house in which his cousin Charmery was murdered, he believes it will bring him closer to the truth about her death. It will also be the ideal place to finish his new book. But the bleak Fenn House is a lonely and sometimes uncomfortable place to spend the winter and the strangest thing is that Theo's new novel seems to be writing itself -- but heading in an unplanned direction. Theo finds himself describing a young boy called Matthew who lives in constant fear of a visit from the cold-eyed men. Struggling to understand the dangerous secrets that surround him and his family, Matthew inhabits a terrifying world where people die in macabre circumstances, where they can be imprisoned without trial or reason, their identities wiped from the world forever. Then Theo discovers that Matthew and his family really existed, part of a dark and violent segment of recent history that threatens to reach across the years to tear his life apart. And somehow it all connects to the death of his cousin Charmery.
Reviews from Goodreads.com