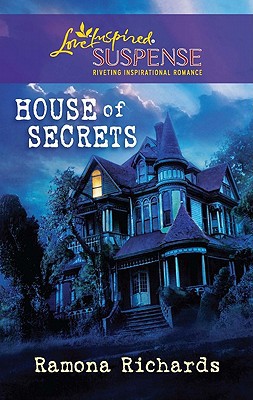 Sheriff Ray Taylor always had a soft spot for the former minister's widow, June Eaton...until he found her standing over the current minister's dead body. She claims she's innocent -- and after a string of attacks against Ray and June, he's inclined to believe her. So who is the real killer, and what is he after? Ray knows that the parsonage has to be the key. The old house is hiding a dark secret, something the pastor's murderer is convinced June knows. Something that murderer will do anything to keep buried.
Reviews from Goodreads.com

The second book about the Presley Sisters held just as much suspense as the first. In this book, we meet June Eaton. She was starting something with the Sheriff in the first book, but has since called a halt tot he romance - she cannot be disloyal to her dead husband who completely changed her life. But when the new preacher is killed, she suddenly feels that her life is in danger. She must help the sheriff solve the crimes before she is as dead as the preacher.

The author keeps me in suspense through the entire book, wondering who the bad guy is. It had an interesting twist in the revelation of the answer. The romance was sweet. It was there, but hidden through most of the book. June has some issues to work out, and I can't say that I blame her...much.