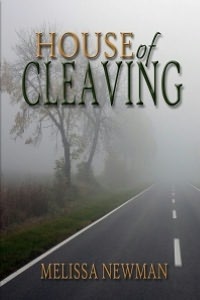 Annie Cleaving watched her young son take his last breath trapped inside the mangled wreckage of her car. The drunk driver walked away without a scratch. A year later breast cancer took Annie's mother, a tender and genteel woman. As a means to escape painful memories Annie attempts to sell the old Cleaving house, leaving the only home she has ever known. Only then she discovers the botched deed and her only choice, to find her mother's siblings and convince each to release their claims. From crazy Aunt Veda, who thinks a televangelist is sending her secret love messages, to Uncle Asher who has given up his Wall Street career and joined a hippie commune, Annie is thrust into a bizarre new world where it seems the Cleaving family history has been altered. Her journey reveals the many secrets woven throughout the Cleaving family, including a murder, involve her mother.
Reviews from Goodreads.com