Hour of the Rose — Christina Skye 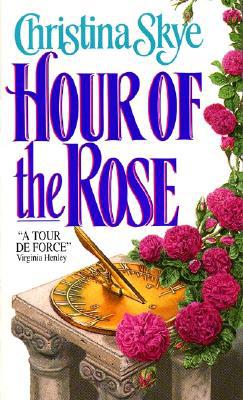 Secrets gather in the shadows of Britain's Draycott Abbey--intrigues of evil, unscrupulous men...and the astonishing mysteries of a star-crossed romance from centuries past.

Dashing ex-Royal Marine Michael Burke has come to Draycott to unmask a treacherous conspiracy. Kelly Hamilton, a beautiful archeologist gifted with second sight, is searching for a priceless historical relic. But soon both are caught up in the magic of the moon-drenched abbey--unexpectedly united in desire and sensuous need...as they are drawn deeper and deeper into a dangerous web of deceit and betrayal. For only Michael and Kelly hold the key to the future and the past. And only their bold new passion can lay the abbey's ghosts to rest...by fulfilling the ancient promise of a rapturous love reborn.
Reviews from Goodreads.com