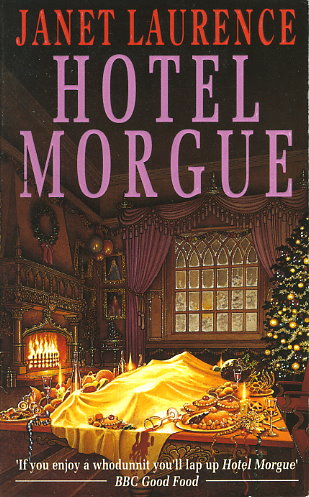 Darina Lisle is lunching at the Hotel Morgan - nicknamed Hotel Morgue for its dilapidated condition - when she seizes the chance to save the dying West Country hotel from ruin. William Pigram cannot believe she is serious and, as the hotel takes up more and more of her time, begins to regret ever inviting her to lunch there. But Detective Sergeant Pigram is soon distracted by the murder of a local waitress and by the arrival of a new recruit, in the petite form of Detective Constable Pat James.

Darina sets about turning the Hotel Morgan into a hive of activity and soon she has it fully booked for Christmas. But as she gets to know her employer, Ulla Mason; the attractive but infuriating Alex; and the other local hotelier, Adam Tennant, owner of the luxurious Manor Park Hotel, she becomes increasingly suspicious of their involvement in the killing of Sharon Fry. And, when another murder is committed, Darina decides it is time to polish up her sleuthing skills.